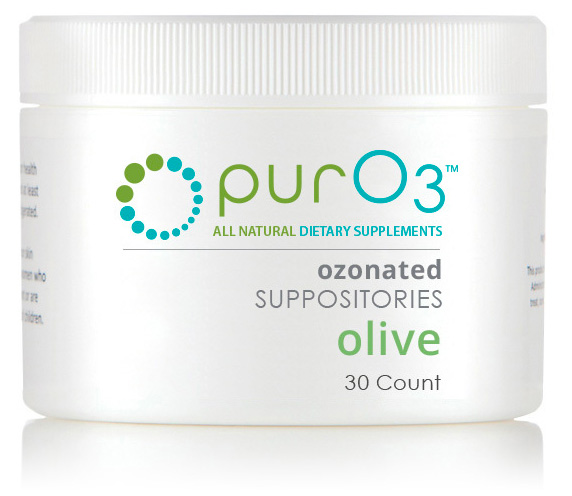 Formerly known as OzoMedic, PurO3 Ozone Suppositories are the exact same product you're used to with the same ingredients, known under the PurO3 brand like our ozonated oils and full spectrum products.

PurO3 suppositories are available in four oil combinations, each with their own strength. Ozonated hemp oil carries the most ozone, followed by olive. Castor holds less ozone but is very popular when combined with olive. Coconut is perfect for those who want lower levels of ozone and prefer the addition of Vitamin E.

These suppositories include the popular Glytamins, Medicardium, Xeneplex, and Endosterol options. For more information about what each type is designed to do, click here.

Limited ingredient EDTA and Vitamin C suppositories for superior absorption. EDTA binds to heavy metals in the body and makes it easier to remove them.