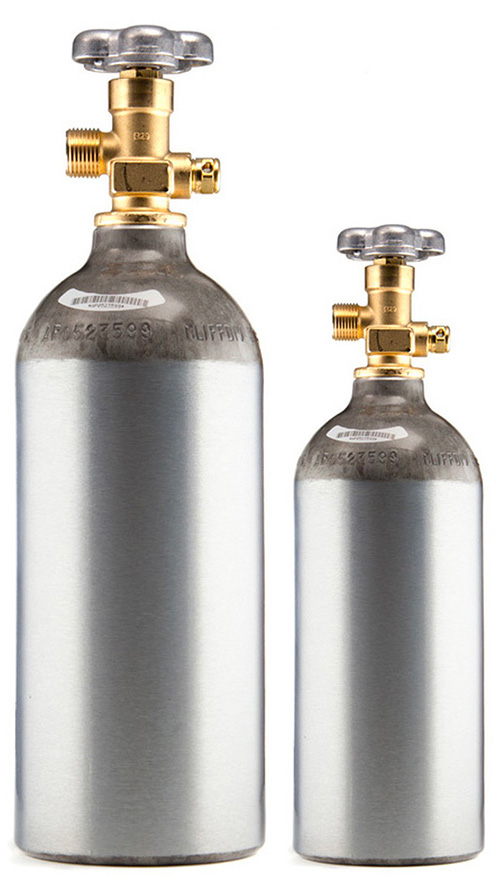 Ozone production requires a high quality oxygen source and tanks are a great option. Here you can choose between prefilled oxygen tanks (contiguous USA only), medical tanks and regulators, or industrial tanks and regulators. We have regulators that will work with tanks around the world. Under the international regulator section below you can find your country to determine which regulator will work for you.

O2Ready tanks contain 99.9% pure oxygen and come filled, shipped to your door. This is ideal for those who can’t get a prescription, don’t have a local industrial supplier, or simply want to convenience of having oxygen shipped to your home. These tanks are only available to the contiguous USA due to shipping restrictions.

870 Medical Tanks and regulators provide 99% pure oxygen. These come unfilled. You will need to get a prescription from your doctor. With prescription in hand, ask your supplier if they will provide the tank for you. If they do, all you’ll need from us is a low flow 870 regulator. If they don’t provide a tank but will fill an existing tank, you can get an 870 tank from us.

With this option, you will need to find a local supplier of welding or industrial oxygen. Check around your area before deciding if this is the option for you. Some industrial sources will not fill tanks if you mention you will use it for ozone therapy. If you find a local supplier, ask if they will require you to buy a tank from them. If they provide the tank, all you’ll need is a low flow 540 regulator. If they either don’t provide tanks or will fill an existing tank, you can get a 540 tank from us if it is more affordable than what they offer.

There are a variety of tanks available outside of the USA. We provide low flow regulators to match most of those tanks. Verify the style of tank you have (preferred) or check your country below to find out which regulator is right for you. Options include European #1 for DIN 477 #9 tanks; European #2 for DIN 477 #6, SMS 690 or UNI 4406 tanks; the Bullnose for BS 341-3 tanks, or the AFNOR for AFNOR (F) Tanks. We do not provide international tanks, so you’ll get a tank in your country and use our low flow regulator for ozone therapy. If your country uses 540 tanks, you'll want a 540 regulator.

Check out which regulators most often apply for your country below.

If a tank is not an ideal solution for you because you don’t want to get or buy refills or you need continuous oxygen use for ozonating oils, taking ozone steam saunas or other high ozone applications, you might want to look into an oxygen concentrator.