Our point of use fluoride removal systems are designed to reduce fluoride, heavy metals, pesticides and other contaminates.

We offer countertop and undercounter fluoride removal systems to fit your needs. Besides fluoride, you can remove or reduce fertilizers, chlorine, heavy metals like nickel, zinc, copper, mercury, iron, lead, radium, and uranium, as well as herbicides and other contaminates.

Below you can read more about why you want to remove fluoride and what types of filters we use. We currently have systems in a number of configurations, and each system comes with filters, housings and tubing. These are defaults most customers will choose. You can use our options above if you want to customize your system by replacing the carbon block with another bone char or KDF filter. Note: These systems do not come with a faucet to allow you to customize for your needs. You can get one locally or choose a faucet toward the bottom of this page.

Our systems don't come with a faucet to allow you to customize for your needs. You can choose any of the faucets below or find one locally that matches your decor. A faucet is required for the system to function. 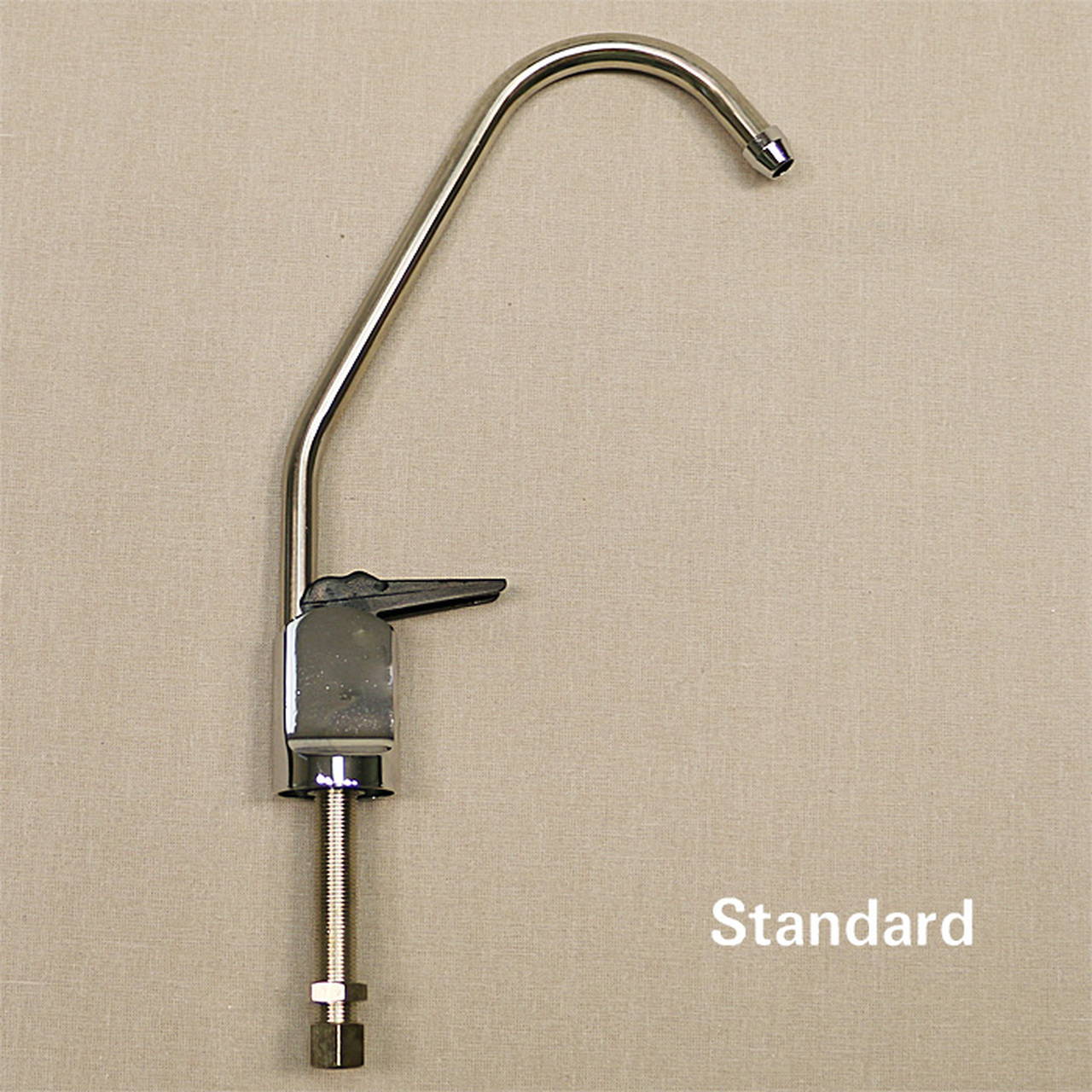 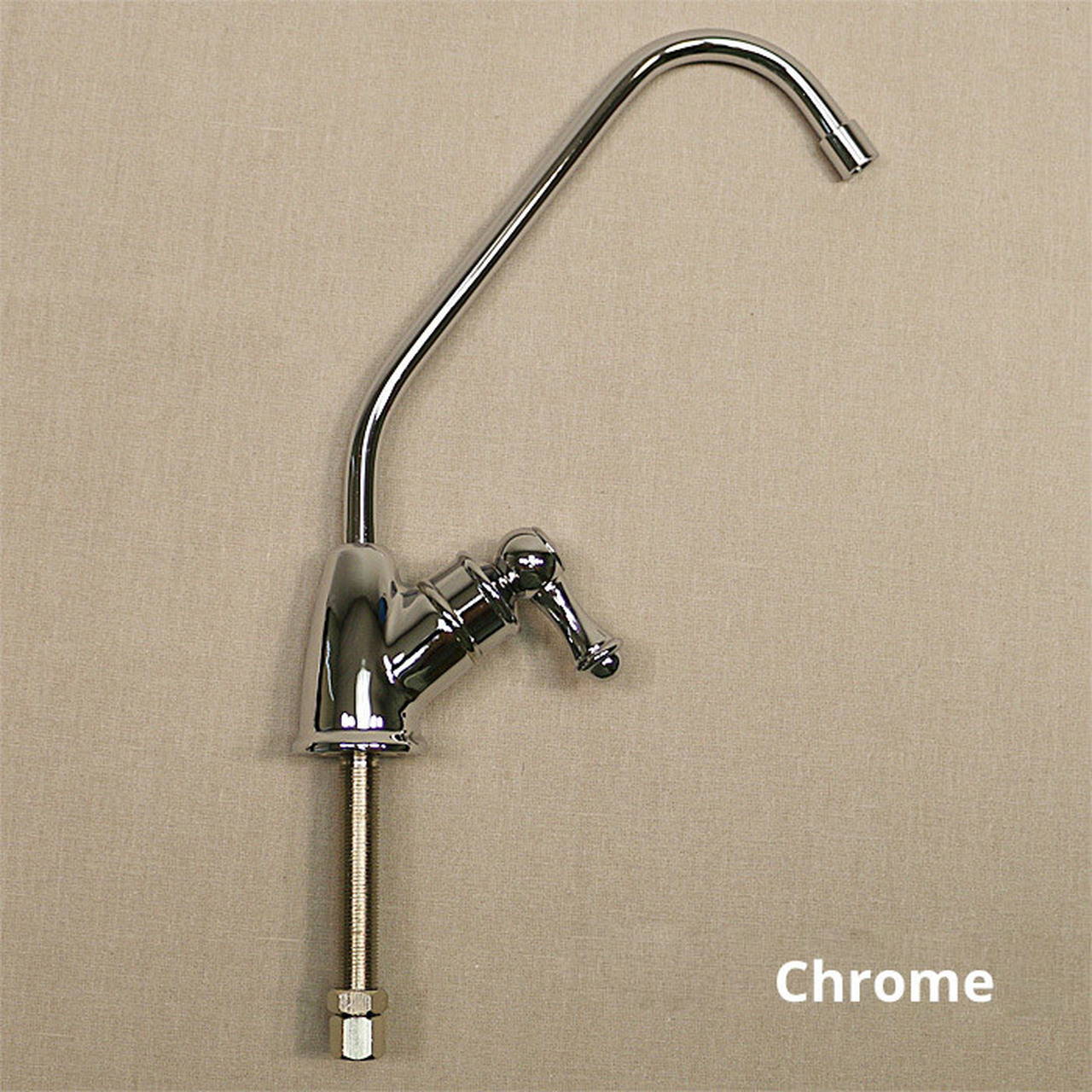 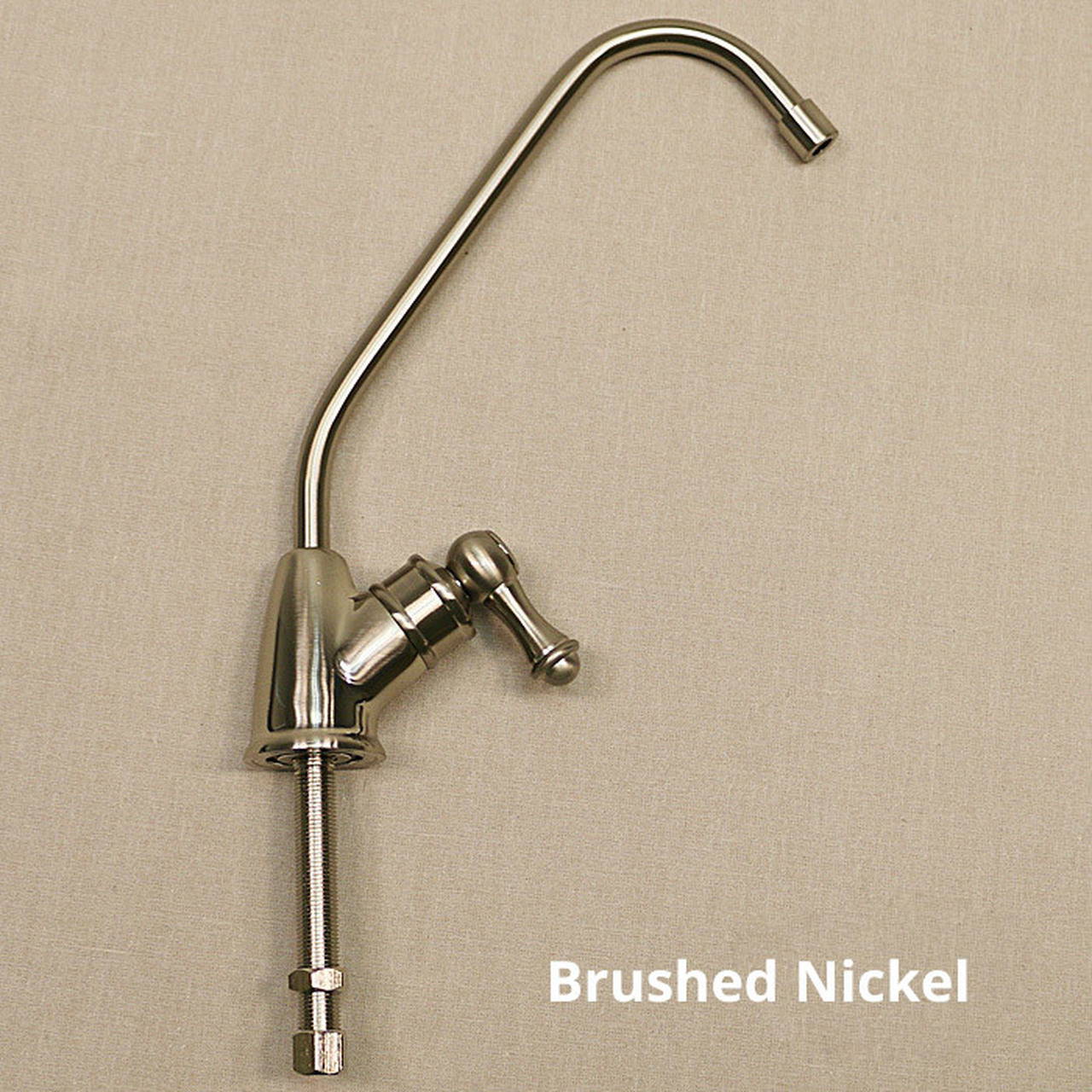 Fluoride is a controversial subject in the United States. Some consider it to be necessary for dental health. Others are concerned about health risks. Still others simply want to be in control of what drugs come into their bodies and in what amounts. Here are some quick facts about fluoride.

The fluoride used in a lot of water systems are hydrofluorosilicic acid and sodium silicofluoride. These are byproducts of the cement, steel, nuclear weapons and aluminum processing. They have no health benefits. The National Institute of Occupational Safety and Health warns of kidney, bone, teeth, heart and gastrointestinal problems. Fluoride toxicity can be part of the causes of arthritis, teeth pitting, lower thyroid function, hyperactivity and an acceleration of genetic cell damage and aging. The American Dental Association stated in 1936 that 1ppm of fluoride can be as bad as arsenic or lead. In 1944 they said 1.2ppm can cause problems in development, stating "the potentialities for harm outweigh those for good."

Even if you're not concerned about fluoride in general, there is a secondary issue. Fluoride is everywhere. It can be found in drinks, foods, some pharmaceuticals, some instant teas and soy baby formulas. We are consistently overexposed.

The problem with fluoride is that it is so hard to remove. Standard water filters simply won't do it. It needs time to contact specific media in order to be reduced or eliminated. Below you can see the filters we use to solve this problem.

Bone Char:Our bone char is a 100% organic, Kosher certified filter media made up of 10% calcium carbonate, 10% carbon and 80% phosphate of calcium. It leaves behind the beneficial minerals we need, does not leach contaminates back into the water, does not affect water pH, and has no toxicity.

Bone char is made out of charred animal bone, where cow bones are removed from cold storage, cleaned thoroughly, put into the rain and sun for at least 90 days and then completely dried. After that it is carbonized at 1472 degrees F under controlled conditions. What you're left with is a very effective, organic, Kosher filter media.

A little about HA2 Supra L bone char - We don't use Supra L because it is ground extremely fine, clogs easier and does not last nearly as long as our bone char. Our bone char can filter about 5,000 gallons under normal use for a family of four, depending on fluoride levels. Typically, people only need to change filters once a year. We tested water before and after with a LaMott digital fluoride tester to prove its effectiveness. We highly recommend bone char for fluoride removal, as only steam distillation and reverse osmosis can match the capability.

Carbon Block: Carbon block filters are made from charred coconut shells, crushed to the consistency of a course flour before being pressed into a block. As water is pushed through, particles as small as 0.5 microns are filtered out. It polished the water, taking out pesticides, organic materials, bacteria, viruses, bad taste, cysts, bad odors, asbestos, cryptosporidium and giardia. It does not remove minerals, and is best used in combination with other media.

Granular Activated Carbon (GAC): GAC is a lot like carbon block but the pieces of carbon are larger. It's really good at getting rid of bad tastes and odors. It gets rid of many contaminates but isn't as good at removing particles in the sub-micron range. It's an ideal post filter used in combo with other filters, and does not remove minerals.

Kinetic Degradation Fluxion (KDF): KDF is proven to remove chlorine, iron, chloramines, bacteria, algae, fungus, most heavy metals, hydrogen sulfide and other contaminates. It's made of 50% pure copper and 50% pure zinc. When exposed to water it creates an electro-chemical reaction, converting free chlorine into simple chlorides.

Harmful components are rendered harmless. KDF removes 95% or more of chlorine before it gets to a carbon filter, making the carbon last 15 times longer. The electrolytic field forms hydroxyl radicals and peroxide and inhibits microorganisms. Because the zinc and copper ions tend to reattach to the media, KDF meets FDA and EPA standards. It does not remove minerals.

Chloramine Filter:  If you choose the chloramine filter, you will get a catalytic AquaSorb high activity granular activated carbon filter that is made from coconut shell charcoal using steam activation. The catalytic activity makes this filter highly effective for removing hydrogen sulfide and chloramines from the water. The large micropore volume means it is ideal in particular for removing organic compounds with low molecular weights like chloroform and other THMs (trihalomethanes). Other features include optimized density, low turbidity and dust, maximum hardness, excellent capacity of absorption, rapid dechlorination and more.

Chloramines are used in municipal water systems to kill bacteria. No one wants bacteria in the water. However, more information is coming out about chloramines byproducts and the health hazards they could pose. The Canadian EPA labeled chloramine as toxic in the 1999 Environmental Protection Act. It is toxic to amphibians, fish, marine invertebrates and water-based reptiles.

Health issues may include blood and kidney problems, digestive problems and aggravated digestive disorders, a wide variety of skin problems, respiratory problems and other issues. In 2005 the California Conference of Local Health Officers reviewed past studies and recommended that the public exposed to chloramines be monitored for potential health effects of chloramine.

Alumina: We do not offer alumina because aluminum can be leached into the water if your pH isn't just right. It only lasts three to four months and can't remove THMs, chlorine or pesticides. It can also add a bitter taste to the water.

We're happy to help. Contact us at 888-742-3404 or via email with your questions and we'll help you determine which system is right for you.

Two Stage
One bone char and one carbon block filter. Removes up to 50% of fluoride.

Three Stage
Two bone char and one carbon block filter. Removes up to 75% of fluoride.

Four Stage
Three bone char and one carbon block filter. Removes up to 95% of fluoride.

Four Stage:  Two sets of two stage units (10"L x 5"D x 13"H). The distance between the two sections can be any length you want. It comes with an 18" piece of tubing you can use to connect them together with quick connect fittings.

If you have a high amount of sediment turbidity in your water (usually from old pipes or frequent water line breakage) we highly encourage you to install a sediment pre-filter on your system to keep your new filter system from clogging and being ineffective.

A note about our brackets

We include a bracket that can be used for undercounter or countertop systems. All you need to convert from one to the other is a small conversion kit. This way, if you move and need to change your setup, you can, without buying a whole new system.

Terms of return policy: Purchaser is responsible for sending the filters back before a refund will be given. Customer must prove that fluoride is not being removed. To do this, contact your local water company for a water report, which will let you know how much fluoride is originally in the water. Then you must have your post-filtered water tested and submit the findings to us along with your local water report. If you do not see an 85% reduction in your fluoride levels you are eligible for our money back offer.

Please note: Some people may have unusually high levels of fluoride that no filter system can adequately clear. If levels exceed 1.5 ppm we can't guarantee the reduction promised. For high levels we can offer assistance and recommendations but cannot offer our money back guarantee. Promolife reserves the right to refuse any fluoride test we believe was falsely performed.

Undercounter systems are ideal for those who don't want to add to their countertops. Choose the system that best suits your situation.
You can read our current reviews or write your own below.

Converter Kit for Point of Use Fluoride Systems